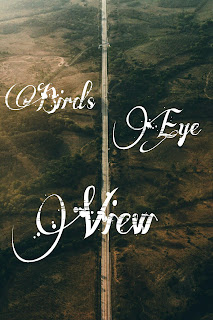 I have often wondered how great engineers, architects and other brilliant minds saw the projects they developed in their minds eye. Whenever I see an amazing building, a bridge, or even a choreographed dance, it boggles my mind how these creative people came up with and then brought their vision to life.

But then again I know it's been wondered by many a person how a writer imagines and then transcribes their imaginings onto paper.

One of the best (and in my mind most mind-blowing) examples I can think of in recent memory is a performance of a high school marching band performing a medley of some of Michael Jackson's greatest hits. And not only that, but as they marched in formation they created an image of the King of Pop himself, moonwalking as they played, even carrying a huge cutout of a sparkling glove. Everyone in the audience was the benefactor of the band leader and the marching band's hard work and ingenuity, and yet (more than likely) like everyone in the audience that night I was left wondering How in the heck did they do that?

This is one of the amazing things about having a bird's eye view of others creativity-- it leaves us in a position to be in awe. I've read the work of so many authors, and while some were just interesting reads, there were others whose words I hung onto intently. And echoing the same thought I had when I watched that marching band perform: How in the heck did they do that? simultaneously wondering: How in the heck do I do that?

My mind is running constantly, imagining new things and new places and new people. I don't always know how I will put it together, but the vision is there, waiting for me to bring it too life. Much in the same way I imagine other creative minds have stood at the breadth of their vision, asking themselves: Alright now-- how to give you life? So at the very least I know I am in good company.

And so are you if you have a dream to dream.

Don't let the dream escape you-- give yourself the time to make it live.

Posted by Unknown at 2:56:00 PM
Email ThisBlogThis!Share to TwitterShare to FacebookShare to Pinterest